You are here: Home / Food Stories / The Gift of Being Catered to

Be warned: if you are a hard-core foodie, cover your ears. My next words will be obscene, to say the least: I’m not a real cook. A genuine passionate cook.

I don’t follow restaurants that open and close and reopen. I don’t watch out for cooking fads. I don’t attend cooking classes. I don’t do wine tastings or culinary tourism. Well, I never did.

Yes, nutrition and health inspire me. And food science piques my curiosity. The truth is, I’m more excited about wowing my friends to receive a shower of compliments than creating new impromptu recipes. Call it low self-esteem, I don’t know, but it makes me feel good.

Cooking entails a lot of work. I speak for myself, eh.

It doesn’t excite me to spend a crazy and nerve-racking time in front of the stove for more than 1 hour to be successful with a few dishes. It doesn’t amuse me having to clean up the spills that have flown on the stove, on the floor, or under the cooker hood. And I don’t get excited about washing counters spotted with bits of ingredients and the uncountable pots and pans.

Cleaning cookware and everything else in between put me off.

I once saw a girl’s Instagram post showing her messy counter as one would see at the end of a meal for ten. She had a gypsy fashion style with a floppy hat. After commenting poor you, you’ll have to clean all these dishes, she replied that this was what she loved to do. It soothed her. Either she was a big liar, or I’m abnormal.

I cooked with a friend who tidied up right away after using an ingredient. Super efficient. Obviously, that’s the right thing to do, but I just can’t do it.

Thus, to avoid spending time in the kitchen and cleaning dishes, I could eat green lentils right out of the pan with every meal. Bland quinoa too. With a little salt. And olive oil. And some spices.

This story begins with meal kits that I was receiving every week a few months ago.

They arrived at my door, in a big box, with three sets of ingredients separated in portions in advance and sometimes, partially prepped to cook homemade meals. What do you mean? You say.

Well, it wasn’t my idea. It was Mr. Pleasant’s initiative.

An ingenious trick to enjoy cooking

I was delighted to chill three times a week and be catered to. Sometimes a girl just wants to be lazy.

So, yes, Mr. Pleasant enrolled in a membership to the Goodfood home-cooked meal delivery service, similar to Hello Fresh in Germany or Blue Apron in the United States.

To please everyone, he opted for vegetarian meals. To be honest, it made the guys happier than me. Many of the recipes contained a ton of cheese. I don’t eat it, you know.

But I was able to find a way to take advantage of it too.

Goodfood’s dishes are supposed to take the time indicated, but honestly, it always took longer than expected. It would’ve been less the case if I had practiced the recipes a gazillion times. I must say that I’m a turtle in the kitchen too.

If it weren’t for the pre-cut ingredients, it would’ve been even worse. We receive almost everything so that it’s also premeasured.

Indeed, the ingredients are often found in mini-containers or sachets prepared to make your life easier. Sometimes that’s overkill, I think. You can end up with a peeled garlic clove or three parsley sprigs in a small bag or container.

My negative comment: at the end of a recipe, although made from recycled materials, too many bags and small containers filled my trash. It was dreadful.

Otherwise, their success undoubtedly lies in the preparation speed, the tasty side of the dishes, and the instructions to follow in their recipe cards.

In the front sheet, these recipe cards indicate the ingredients and the material to use. On the back, you find the step by step recipe with photos.

Anyway, everything was delicious.

My palate reveled in world-inspired dishes.

Goodfood offered us recipes from all over the world. From the East to the West, passing through Italy, India, and Morocco.

We feasted on the red lentil dal in coconut milk, served with a spinach salad with currants and hot naans. We loaded our bowls with the veggie Chili Verde with White Beans and Butternut squash, accompanied by homemade tortilla chips. We attacked the Lemony Risotto with Green Peas and Basil, topped with fresh mozzarella—for the guys—and served with an arugula and red cabbage salad.

Before I completely finish you off with these painfully tantalizing descriptions, I’ll tell you about my top dishes. I licked my chops with two absolutely scrumptious dishes.

I made several moans as I slurped the Mee Goreng (spiced fried noodles) with fresh Shanghai Noodles and Crunchy Multi-Colored Vegetables. It was topped with crushed peanuts and flavored with garlic, lime juice, and cilantro. (The Mee Goreng is a staple of Indonesian street food. Here it included red peppers and multi-colored Nantes carrots.)

And most of all, I almost passed out tossing the Roasted Sweet Potatoes topped with Chana Masala and sprinkled with fresh mint. They were all resting on a refreshing avocado purée or sauce with cucumber. The sauce was supposed to be raita made with yogurt and mashed avocado, but I took it out since I’m anti-dairy. The avocado purée contained basic ingredients that would be found in guacamole. It was di-vine.

Even though the sauce had been stripped, a lot of whispers and sighs ensued.

Every time I cooked the dishes, I scanned the recipe cards to understand why the dishes were so tasty.

And after a few cooked meals, a light bulb flashed in my head.

In fact, the recipes were mouthwatering due to two things: the sauces and the spice blends.

Know, dear guest, that I have excavated for you. As I told you earlier, Goodfood gives great recipe cards that show the right place, the ingredients, and the material to use and, on the back, the step by step recipe.

But they do not always detail precisely the ingredients of mixtures of spices or sauces. In particular, the veggie demi-glace.

And they were the ones that intrigued me enormously.

Like a truffle animal, I spotted the treasure on the main packaging. Noticing the addition of cornstarch, I concluded that demi-glace is no less than thickened broth. Buying a store-bought demi-glace is a solution, but I prefer mine done from scratch.

To make a long story short, I tried to thickened a broth with corn starch, but it didn’t turn out with the same texture or taste.

But my deep curiosity has paid off.

Finally, I ended up finding a recipe for demi-glace on the Internet that I reproduced recently. It contains a combination of sweet, savory and pungy vegetables, and shiitake mushrooms.

When I finished preparing my sauce, I was delighted! And I got an amount that will last me for a very long time.

The demi-glace was complex and aromatic, rich but certainly not too thick, silky. It revealed a sequence of aromas that opened with the wine’s slight brightness, continued with the round and woody flavor of shiitake mushrooms and ended with the sweetness of beets and carrots.

I don’t know a better way to describe it as a sauce that felt impeccably French; that is, it tasted harmonious and refined.

It’s scrumptious enough to turn me into a cook ready to clean up the spills caused by my clumsiness and lick them lovingly.

Get the recipe here 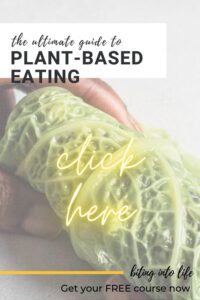